Janmotsav Celebrations in and around Kolkata (January 2019)

Gurudeva Sri Sri Paramahansa Yogananda’s 126th birth anniversary was commemorated with great joy and devotion at YSS Dakshnieswar Ashram as well as across all YSS centres in and around Kolkata. 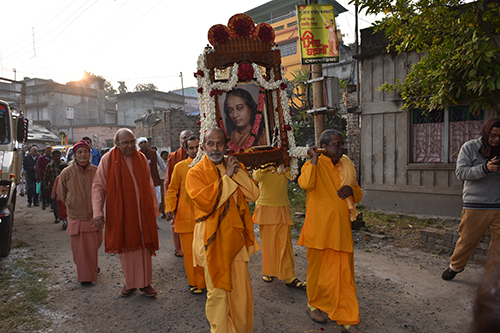 The five-day long annual celebrations of Gurudeva's Janmotsav at YSS Dakshineswar Ashram begins on January 1 every year  which includes review of Yogoda meditation techniques and satsangas by YSS sannyasis in three languages - English, Bengali and Hindi. This year too YSS devotees from different parts of the country and some SRF devotees participated in this residential programme.

The conclusion of this five-day programme was the grand celebration of Gurudeva's Janmotsav on January 5, 2019. The day began with Prabhat Feri. Guruji’s beautifully-decorated palki (palanquin) was carried by Swamis Shraddhanandaji, Amaranandaji, Nirvananandaji and Brahmachari Achyutanandaji, followed by other YSS sannyasis and a large number of devotees. The procession returned to the ashram campus, heading to the pandal in the ashram gardens by the Ganges, where the attendees witnessed a soulful rendition of shlokas and bhajans by Brahmachari Achyutanandaji.

The bhajans were followed by a satsanga by Swami Shraddhanandaji where he spoke about Gurudeva Sri Sri Paramahansa Yoganandaji and the special dispensation for which He had been sent - to bring yoga meditation to the West and to the East.

Following the satsanga, the same talk was summarised in Bengali by Swami Nigamanandaji.

Devotees were informed about the new edition of enhanced and expanded YSS lessons - which was due to be released in the following weeks and were encouraged to open an online account and verify their membership by going to the online membership portal or through the helpdesk set up at the ashram.

At the close of the morning programme, Brahmachari Ameyanandaji sang Guruji's cosmic chants and bhajans as the attendees offered pushpanjali at the altar and received prasad from Swamis Amaranandaji and Nirvananandaji, and proceeded to partake of the langar at the bhandara. Above 1,450 devotees attended the programme and more than 4,400 partook of the bhandara.

The evening programme included group meditation conducted by Swami Amaranandaji, followed by pushpanjali. After the dinner, the entire ashram campus and the beautiful gardens were lit up with candles.  As a finale to the special commemorative programme, the moment of Guruji’s birth (8.38 pm) was celebrated with the blowing of conch followed by playing of the audio of Guruji’s voice. Children Sunday Satsanga students added joy to this celebration with their song, ‘Happy Birthday to Guruji!’ Gurudeva's Janmotsav celebrations at YSDK-Dihika began early on the morning of January 6, 2019, with energization exercises and group meditation conducted by Brahmachari Swarupanandaji in the area beside the beautiful pond located in the meditation centre.

Later, Brahmachari Ameyanandaji conducted arati and initiated the procession of nearly 100 devotees with the palki (palanquin) carrying Gurudeva's garlanded picture in the prabhat pheri. As they made their way through the Dihika village, the two YSS sannyasis sprinkled rose water on the villagers who had lined alongside the road with folded hands to express their reverence for the great Guru. Many devotees residing outside Dihika and nearby Asansol also attended the programme.

Returning to the meditation centre, devotees joined the chanting of Guruji's cosmic chants and other bhajans by Brahmachari Ameyanandaji, which was followed by the discourse by Brahmachari Swarupanandaji. The spiritual programme concluded with pushpanjali and distribution of prasad. It was attended by nearly 250 devotees and local people.

In the afternoon, nearly 1650 persons were served prasad in the bhandara. This day-long celebration also included a special programme by the children of local YSS devotees wherein the participants sang cosmic chants, recited poems penned by our beloved Gurudeva, and narrated stories from his life. Brahmachari Ameyanandaji conducted a special group meditation in the evening.

The early morning of January 12, 2019, saw the lanes and by-lanes of YSS Garpar Kendra resonate with ebullient chanting of the devotees as they walked in unison to celebrate Gurudeva Sri Sri Paramahansa Yogananda's 126th birth anniversary. The hour-long prabhat pheri was later followed by a programme at the Raja Ram Mohan Roy hall.

The three-hour session drew nearly 300 attendees, including a few members from Guruji's family. Swami Amaranandaji, with his soulful chanting led the devotees into a peaceful meditation to mark this special occasion. Presiding over the first half of the programme, Swamiji focused on how Guruji directed his disciples to develop God-realization through ardent passionate yearning for the Divine almighty.

In the second session, Swami Nigamanandaji spoke about Guruji's journey to the West with the mission of spreading the ancient science of Kriya Yoga. He also dwelt on Guruji's interpretation of the Bhagavad-Gita with reference to his book, 'God Talks With Arjuna.'

The programme came to a close with devotees chanting 'Om Guru' in the bhajan session led by Swami Amaranandaji as they offered pushpanjali. Nearly 300 devotees and 900 other persons were served prasad at the Garpar centre following this programme.

On January 13, 2019, Sunday, YSS Serampore Centre celebrated Janmotsav with a day-long programme that began with the prabhat pheri, a colourful procession in which devotees carried Guruji's palanquin. Nearly 80 devotees led by Swami Amaranandaji started the pheri from Anadalok, and made their way through many areas of Serampore including Royghat, Panthinibas and Rajbati, finally ending the procession at Sri Yukteswar Giri Smriti Mandir. 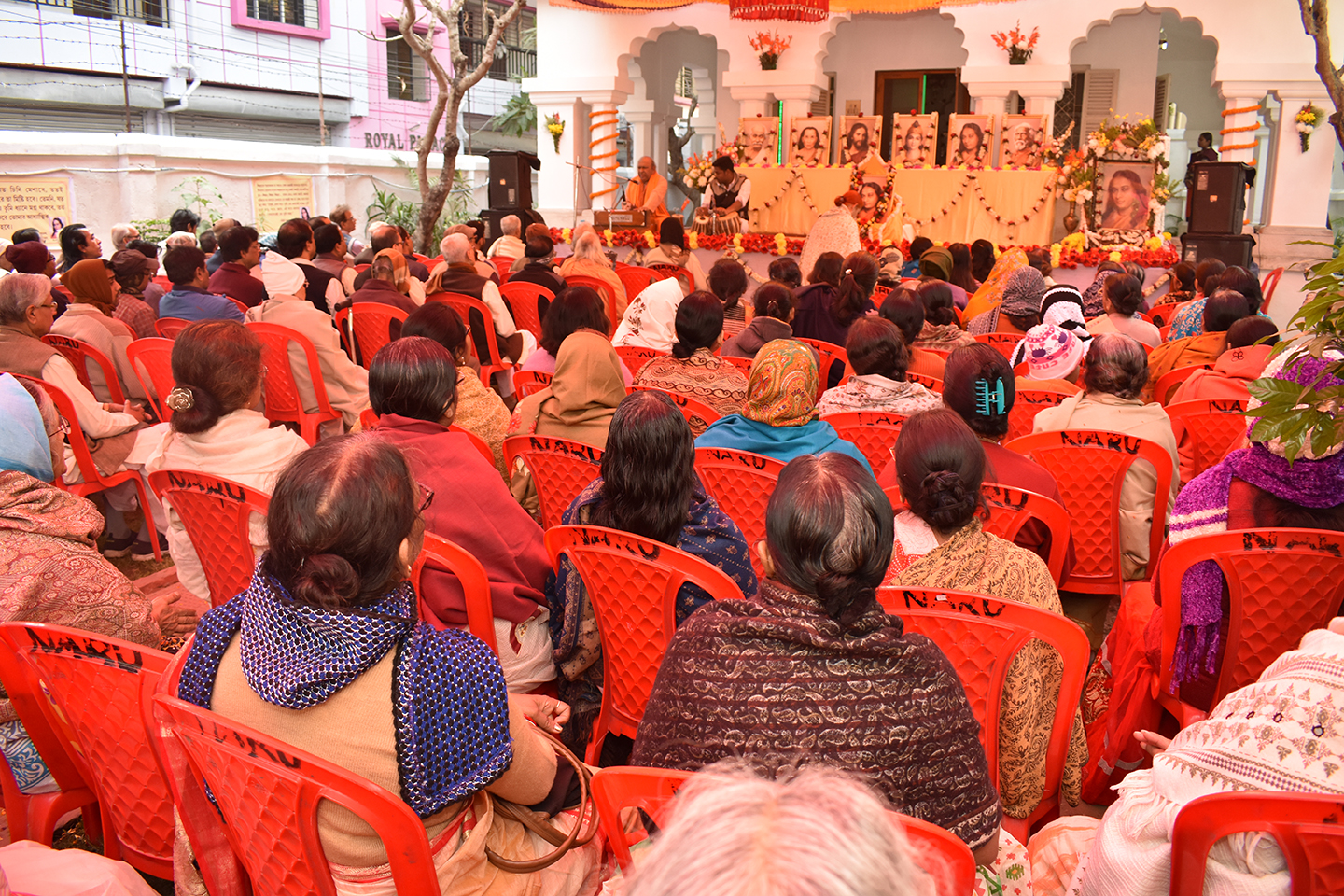 Swami Amaranandaji sang bhajans followed by a brief period of group meditation and satsanga. It was followed by a spiritual discourse by Swami Nigamanandaji in Bengali. Both the discourses inspired all those who came to attend the programme.

As part of the charitable assistance by YSS to individuals, Swamis Amaranandaji and Nigamanandaji gave away scholarship cheques of Rs. 5000.00 each to the toppers in Philosophy and Mathematics (Honours) streams from Serampore College. The morning session of the day ended with offering pushpanjali to Gurudeva and receiving prasad.

The celebrations of Gurudeva's Janmotsav also included a bhandara at Anandalok. Nearly 500 persons including devotees and locals were served prasad. In the afternoon, Swami Nigamanandaji also inaugurated the "devotees' programme." The program included singing of bhajans and a quiz competition based on Gurudeva's spiritual classic, the Autobiography of a Yogi. 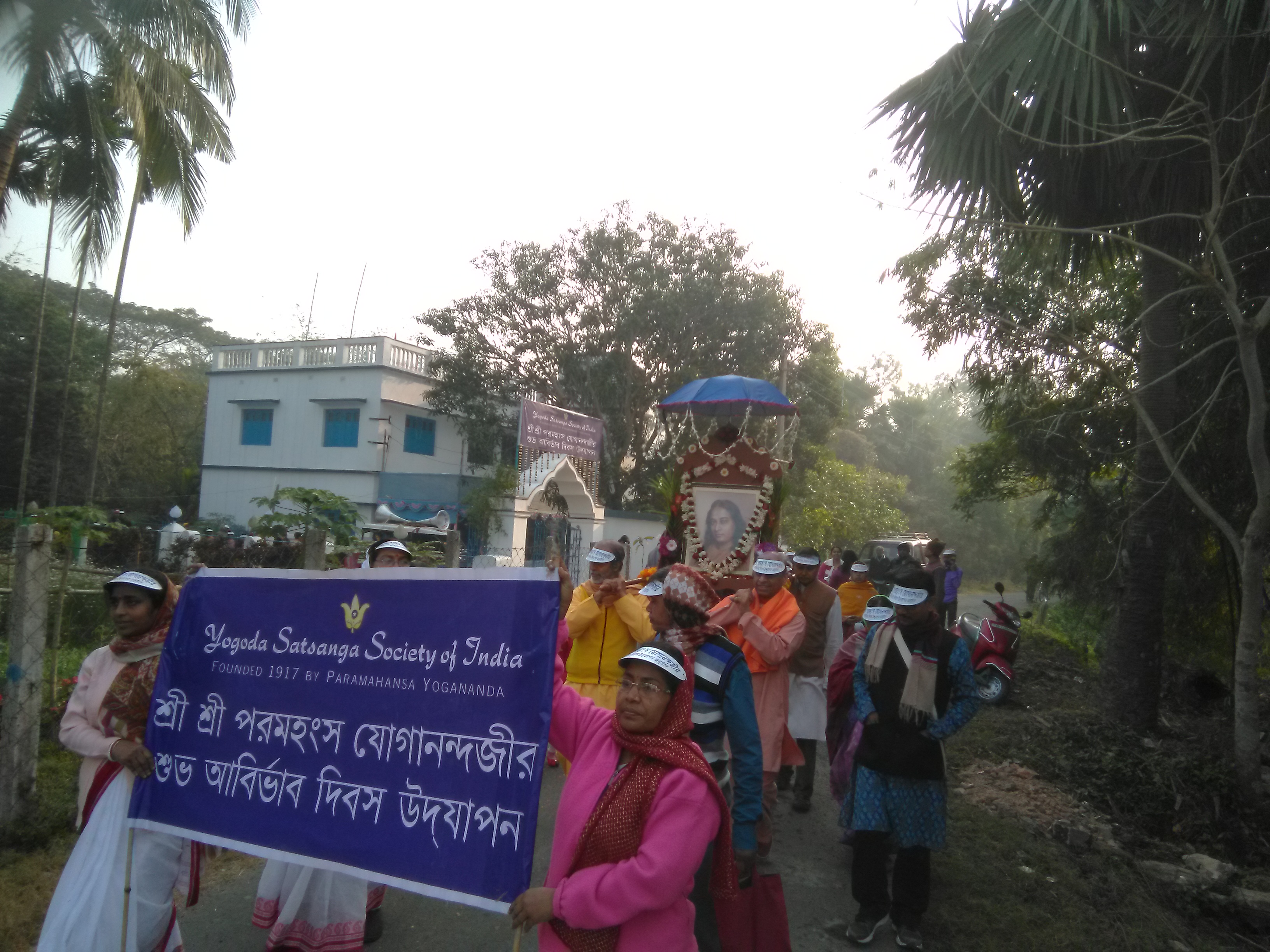 Yogoda Satsanga Dhyana Kendra – Telary, celebrated the Birth Anniversary of our beloved Gurudeva Sri Sri Paramhansa Yoganandaji on January 18, 19 and 20, 2019. On January 18, a free medical camp was organized. In this camp, patients were treated by experienced physicians having specialization in the fields of General Medicine, Pediatrics, Orthopedic, Ophthalmology, Dental and Gynecology. A total number of 319 patients were able to avail health check-ups through this camp.

On the second day, January 19, 2019, meditation technique review classes were conducted by Brahmachari Achyutanandaji. This was followed by a sit-and-draw competition for local school students.

In the second half of that day, three inter-school competitions – a quiz on the Autobiography of a Yogi, recitation of poems written by Gurudeva Paramhansa Yoganandaji, and an elocution competition based on the life and teachings of Guruji – followed by prize distribution were held in which students from schools around Telary Dhyana Kendra participated.

The celebration on the last day, 20th January, 2019, started with Probhat Pheri followed by bhajan and Satsanga conducted by Swamis Suddanandaji and Nigamanandaji. Soon after the satsanga and pushpanjali, a special bhandara was held around 11:30 am in which approximately 1900 people partook of the Guru Prasad on this occasion.

In the evening, from 4.30 to 6 pm, a special group meditation was conducted in the temple by Swami Suddhanandaji.

Marking the end of the programme, students of Children Sunday Satsanga and the Coaching Centre attached to the Dhyana Kendra presented a beautiful cultural programme as their offering to beloved Gurudeva that continued from 6.30 pm to 8.15 pm.

To view images from the various Janmotsav programmes, click here. 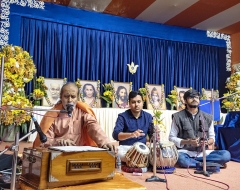 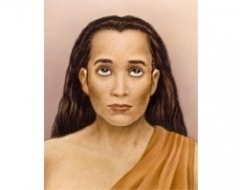