Janmashtami, the birth anniversary of Bhagavan Sri Krishna, was celebrated on August 24, 2019, with special programmes at Yogoda Satsanga Math – Dakshineswar. Devotees participated in the morning programme which included arati and meditation. Swami Amarananda read from Gurudeva Sri Sri ParamahansaYogananda’s commentary on the Bhagavad Gita - God Talks with Arjuna. He shared stories about Lord Krishna’s birth and anecdotes from his life.

The programme was concluded with kirtans and pushpanjali.  The group of devotees were led through healing prayers, after which they received prasad.

On the following day, August 25, a brief meditation and satsanga was conducted for the children of Children Satsanga. After the satsanga, children presented a variety of inspiring performances including songs and dance,as well as a few short skits depicting incidents from the life of Bhagavan Krishna. This programme drew around 160 people who enjoyed their enthusiastic presentations. The programme closed with prasad distribution. 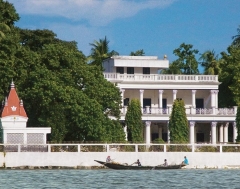 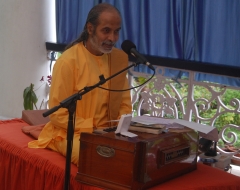 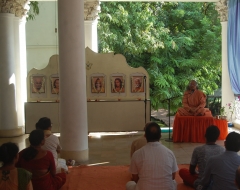 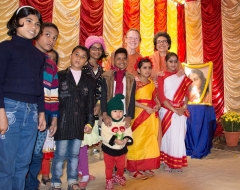